Windows vs Linux RAM Usage - Is Linux Better Than Windows?

Is Linux better than Windows in RAM usage or RAM management ? Both Linux and Windows are full multitasking operating systems that use virtual memory.

If the operating system does not have enough space of physical memory, it use swap memory. swapping means that if your actual RAM is totally used, the operating system will take some of the memory from RAM and copy them into the hard disk or SSD. When you need to read or use those swapped memory, the OS will copy them from HDD or SSD back to RAM to use/read them. This idea is great back then, because there was too few physical RAM.

But it is less important now, as physical memory are available more. But still swapping is needed for some edge cases of usage. Windows OS is using a swap file, but Linux uses a swap file or swap partition.

We are testing Windows 11 versus Pop! OS. Pop! OS is Linux distribution that is based on Ubuntu. We test both operating systems for 64 bit and ARM64 architectures.

Here are some test results from Gary Explains YouTube channel.

Windows 11 uses more than 4GB of RAM after fresh start. On the other hand, Pop! OS (Linux) uses 1GB of RAM on x64 and less than 1.5GB RAM on ARM64. So, Linux uses less RAM as a system. But what about memory usage by programs?

Programs on Linux uses almost the same amount of RAM on both x86_64 architecture and ARM64, with an exception of VSCodium which uses more memory on ARM64 architecture. 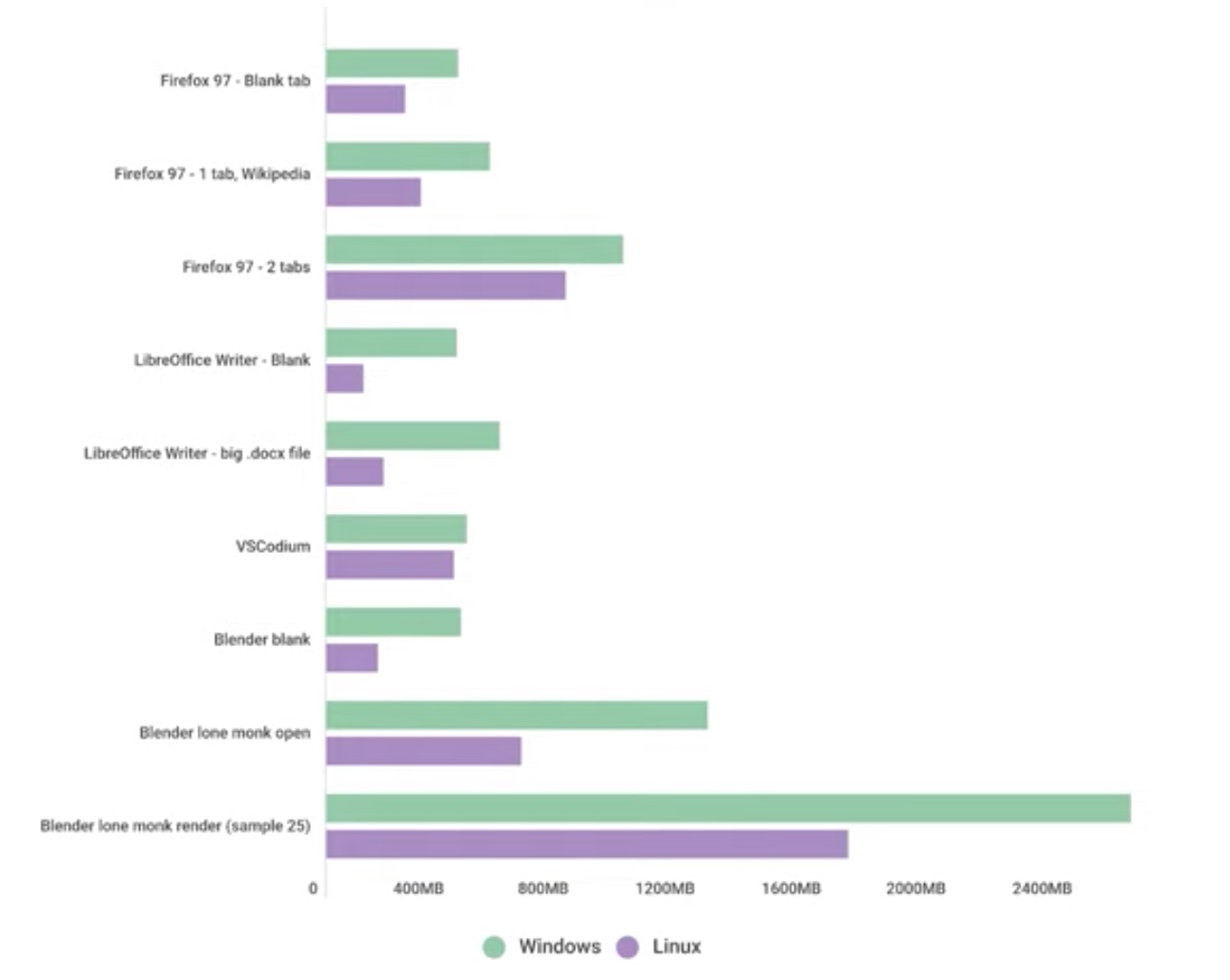 After all those tests, we clearly know that programs use less RAM memory on Linux. So, if you can do your job tasks on both Windows and Linux easily, you should pick Linux over Windows for the efficient RAM usage.

Now we know with a proof that Windows is a memory hog.

« 10 Psychological Triggers to Make People Buy from...
Is Ubuntu Good for Hacking ? »