Ubuntu is the defacto standard of Linux distributions. I love Ubuntu with GNOME desktop environment.

Ubuntu has a unique look. I can differentiate it by the brownish color of desktop UI, and the left long panel. I really think that putting the apps panel on the left is the best position as we need the vertical space more than the horizontal space.

Ubuntu is based on Debian. It is the most stable and reliable distro. Ubuntu rarely has bugs or malfunctions. It is tested by millions of users around the globe.

Ubuntu is the most popular Linux distro, so it has huge community of users. If you stuck or have any questions, you’ll find someone who is willing to answer. You have too many tutorials, documentation and YouTube videos about Ubuntu.

I tried too many distros on metal (on hardware directly) and on virtual machines (such as VirtualBox) and I found that Ubuntu runs smoothly on all of them. Some linux distros are struggling in virtual machines, and some of them struggle on hardware. Ubuntu has a wide rang support of hardware and software virtual technologies. 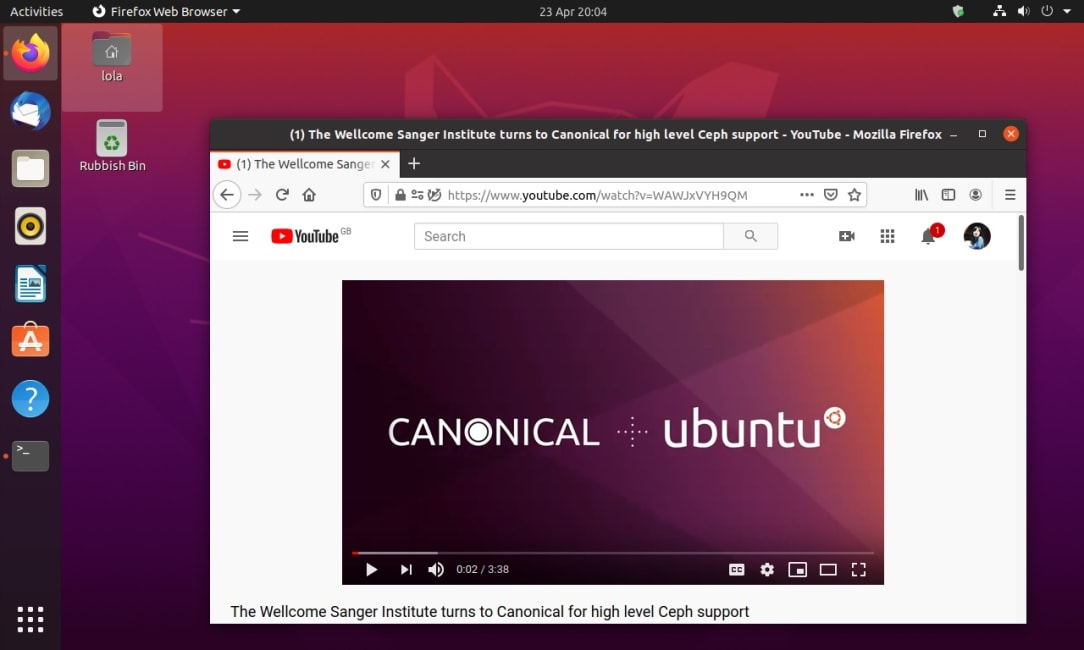 I keep a pendrive (flash drive) with a bootable Ubuntu with me. I need a live operating system with me to fix things on other laptops as I go. I chose Ubuntu as it works great as I boot directly from the pendrive. I haven’t faced any hardware that doesn’t work with Ubuntu till now.

Ubuntu is the top of my recommended linux distributions. I recommend Ubuntu, Elementary OS and Pop! OS.