Linux Mint is a Linux distributions. It comes with a desktop environment called cinnamon DE. Cinnamon DE is similar to Windows 7 layout. So, too many people recommend Linux new users to start with it.

Linux Mint has the familiar look of Windows 7. I can differentiate it by the greenish color of the desktop UI.

Linux Mint has a real great community of users and developers. And it is based on Ubuntu which is the most popular Linux distro, so it has huge community of users. If you stuck or have any questions, you’ll find someone who is willing to answer. You have too many tutorials, documentation and YouTube videos about Ubuntu and Linux Mint.

I tried Linux Mint on metal (on hardware directly) and on virtual machines (such as VirtualBox) and I found that it runs smoothly on both. Some linux distros are struggling in virtual machines, and some of them struggle on hardware. Linux Mint has a great support of hardware and software virtual technologies. 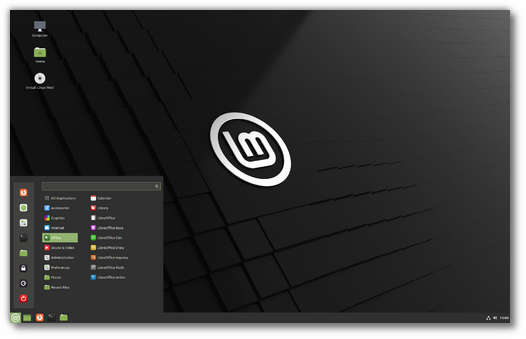 You can use Linux Mint live from USB without installing the operating system on your laptop or virtual machine.

Linux Mint is really good Linux distro. If you don’t like Ubuntu nor Elementary OS nor Pop! OS, I recommend Linux Mint.