How to Inspect Hover Element in Chrome Dev Tools ?

If the hover effect is given with CSS then yes, I normally use two options to get this: 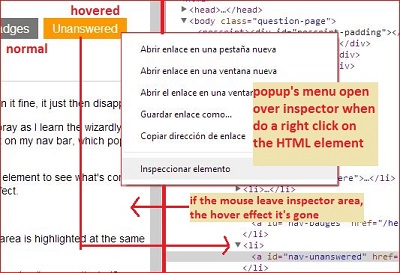 Two, to keep the hover effect even if the mouse is not over the HTML element, open the inspector, go to Styles TAB and click in the upper right icon that says Toggle Element State (dotted rectangle with an arrow) There you can manually activate the Hover Event (among others) with the checkbox provided. 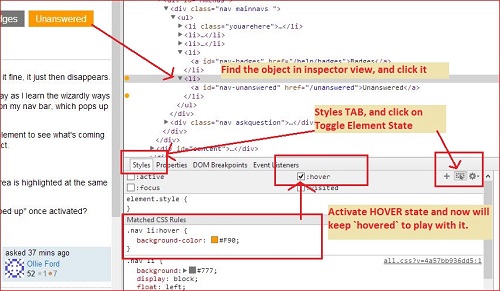 And finally and as I say at the begining, I only be able to do this if the hover is set with CSS:HOVER… when you control the hover state with jQuery.onMouseOver for example, only works (sometimes), the method One.

« Website Types
How to Calculate Age in Microsoft Excel »